I’ve said it many times before and I’ll say it again: trust is not an asset; it is a vulnerability. In an often-cited research paper (“Murder in Families” from the National Criminal Justice Reference Service, https://www.ncjrs.gov/App/Publications/abstract.aspx?ID=143498), 6.5 percent of murder victims were killed by spouses, 3.5 percent by parents, 1.9 percent by children, 1.5 by siblings, and 2.6 percent by other family members. Trust generates false assumptions and relaxed vigilance which weakens our natural defenses.

Donald Knuth wrote in his Fundamental Algorithms that any piece of code over 1000 lines of code would be impossible to debug completely.

Alan Turing’s proof of the undecidability of non-trivially sophisticated algorithms is sufficient reason for:
• the autonomously adaptive, complex information strategies of life; and,
• the intractably problematic and recursively non-terminating information transcription of cancer.

The whole cybersecurity enterprise seems to be built upon a suite of psychological and culturally-reflexive assumptions that assert that there exists even a possibility of logical or systemic closure. No such closure or completion is possible and this is rarely acknowledged.

A few fundamental security definitions are in order at this point:

In chess, statistics show that he who makes the first move (“white” player) has at most a 56:44 advantage over his opponent (“black” player), all other factors between the two players being equal.

On a modern physical battlefield, where much of what happens is hidden or secret and there are no rules, I would venture to say that the side that takes the initiative has a greater advantage than the first mover on a chess board, where all moves occur in plain sight and only the intentions are hidden.

In cyberspace, where everything is invisible except for the effects of successful attacks, the attacker has an incredibly large advantage over the defender by virtue of the fact that he makes the first move. After a breach, more often than not, an attacker enjoys complete freedom of operation inside the organization for four months or more, before being discovered.

What are the advantages of an attacker?

What are the disadvantages of an attacker?

What are the advantages of a defender?

What are the disadvantages of a defender?

Is there something about a human that makes him a better attacker than defender? Humans are analog creatures. Their thought processes are fuzzier than precise. They have limited attention spans and have trouble attending to details. When he is building his defenses, he’s more likely to say “whatever” than to inventory all his assets so that he might provide adequate protection where it’s needed. He’s not likely to take on a project that might last longer than a year, and the people making the decisions can’t be bothered with the details. As an attacker, a human only needs a long enough attention span to find one asset that’s inadequately protected and to hell with the consequences, and everyone knows that fuzzy favors the attacker, since almost only counts in horseshoes and hand grenades.

Somebody at the end of the command chain who actually does the thing.

In order to realize and achieve the mission, the organization must translate it into one or more objectives. An objective is a task deemed necessary in order to accomplish a mission. A military objective might be to neutralize the enemy’s capacity to operate freely in the air, in the seas, or in cyberspace. A government objective might be to get re-elected or to ensure fair elections. A bank’s objective might be to allow online services to its customers or to open up new branches in emerging markets. Objectives are more specific than missions but they are still not specific enough to implement in an efficient and consistent manner.

Objectives are further translated into well-defined processes and procedures that may be manually performed or automated with the help of technology.

Assets are things of value to an organization that it purchases or develops in order to achieve its objectives or mission. Assets may be tangible, like ships, planes, tanks, buildings, and computers, or intangible, like ideas, data, or software. A military asset may also be a soldier or a spy. Non-military assets may be converted into monetary terms and back. The value of a non-military asset may range from less than a cent to more than a billion dollars. It doesn’t make good business sense to lump all assets together and treat them the same. For instance it wouldn’t make sense to apply a $100,000,000 process to a $1 asset, unless that process applied to 100,000,000 of those assets. Assets should be treated in accordance with their value; however, value can be a tricky concept. It can depend on who’s evaluating. It might represent the cost to develop or purchase an asset back then. It might be the cost to replace it now. It might be what it’s currently worth after depreciation. It might be the market value after being processed and packaged or the value to a customer. It might have a certain value when stolen, exposed, copied, modified, or destroyed. These are damage values. Damage values can involve litigation or be punitive in nature.

Nobody has discovered a sure-fire way to make money. All business activities entail a degree of risk. Nothing ventured, nothing gained. It’s quite likely that the degree of expected profits equals the degree of risk. Risks generally attach themselves to assets, especially those assets that are not adequately protected. There are many different kinds of risk: financial risk, operational risk, security risk, geopolitical risk, natural risk (earthquakes, floods, hurricanes, asteroids, etc.), social risk, and the categories go on. All risks have the same basic attributes and deserve due consideration. The attributes of risks are the probability or frequency of occurrence and the damage value of an occurrence to one or more assets. It makes sense for an organization to consider its top ten assets and then consider the top ten risks in each of the risk categories against each of those ten assets, taking into account the probability or frequency of occurrence and the potential damage value.

A risk to confidentiality of an asset may come from an intruder stealing or intercepting a container or a transmission with a secret or sensitive document, or injecting spyware or malware to exfiltrate a database of credit card data or operational plans.

A risk to the integrity of an asset may come from deliberately or accidentally breaking a computer screen or keyboard, or injecting a destructive or corrupting virus or malware into a document or software.

A risk to the availability of an asset may come from blocking all entrances to a building, blowing it up, or burning it down, or organizing a distributed denial of service or spam attack on an organization’s web or email site, or injecting ransomware to encrypt files so they can’t be accessed or used unless the victim pays a ransom.

Each security risk could be expanded into many more examples, but there are only three kinds. Once again, it makes sense for an organization to consider its top ten assets and then consider the top ten security risks in each of the security sub-categories (confidentiality, integrity, and availability) against each of those ten assets, taking into account the probability or frequency of occurrence and the potential damage value.

Risks may be reduced, avoided, transferred, or accepted, but they cannot be ignored without appearing negligent in the eyes of regulators, stakeholders, and customers. That goes for security risks too.

The thing about controls is that it doesn’t make sense to spend more on them than the value of the assets being protected. That implies you had better know the value of your assets in order to apply appropriate controls. That, in turn, requires that you know what assets you have in your organization, at least the top ten or so. Many organizations don’t know what their top assets are. The consensus seems to be that instead of going through the effort of inventorying the assets, let’s just defend everything. Frederick the Great of Prussia was reputed to have said “He who defends everything defends nothing”. It invariably costs more to protect everything than it does to protect just the assets that justify the cost and it’s often inadequate for protecting the most valuable assets.

In summary, business security does not exist in a vacuum. It is part of the cost of doing business. 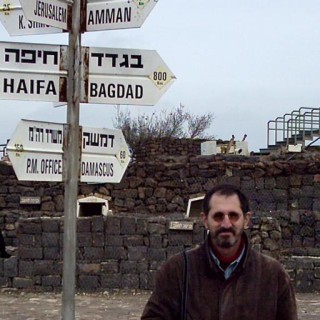 Mike Stone, CISSP I was born in Columbus Ohio, USA, in 1947. I graduated from Ohio State University with a BA in Psychology. I’ve had a love affair with computers ever since I got out of college. I’ve worked as a system programmer, an application developer, team manager, programmed IBM mainframes and communication controllers, whistled into acoustic couplers (pre-dated modems), patched paper tape with paper and tape, programmed Varian minicomputers, microcomputers, pc’s, unix, VAX/VMS, reverse engineered GW-Basic to shoehorn Hebrew right-to-left support, wrote a firmware loader and compiler to emulate an NCR RMC minicomputer on an NCR VRX mainframe, wrote a system and network management system for Stratacom WAN eauipment, wrote an automated file transfer system between IBM DOS/VSE, Digital Ultrix (unix), and Novell-based pc’s, introduced PKI digital signatures in the Israel and helped to make them official, consulted for the military, and currently work as an information security manager for Global Information Security at NCR. You may want to check out some of my great presentations at Mike Stone’s Slideshare Security Presentations. I served in both the US Army and the Israeli Defense Forces. I moved to Israel in 1978 and live in Raanana. I am married and have three sons and five grandchildren. I have written four books, one poetry and three science fiction. Check them out at The Uncollected Works of Mike Stone.